No Fee for Repro: 16/03/2013 A Gathering of Mayors.Lord Mayor of Dublin, Ireland, Cllr. Naoise Ó Muirí; is pictured in the Connoisseur Bar in the Guinness Storehouse beside a portrait of Benjamin Lee Guinness, former Lord Mayor of Dublin and grandson of Arthur Guinness. The Lord Mayor was in the Guinness Storehouse to host the Gathering of Dublin Mayors, from Dublin Ohio, Dublin City Califonia, Dublin City Georgia and Dublin Township Pennsylvania..The five Dublin Mayors were invited by Mayor Ó Muirí to Dublin, Ireland for a to celebrate Ireland's national holiday, St. Patrick's Day for the year of The Gathering Ireland. This is the first time all Dublin Mayors have assembled together. .The Gathering Ireland is a tourism led initiative in Ireland with the aim of mobilising the Irish diaspora (estimated 80m) to return to Ireland during 2013 to be part of specially organised local gatherings and events during the year. It is a government supported initiative driven primarily by Fáilte Ireland, the National Tourism Development Authority and Tourism Ireland. Picture Andres Poveda 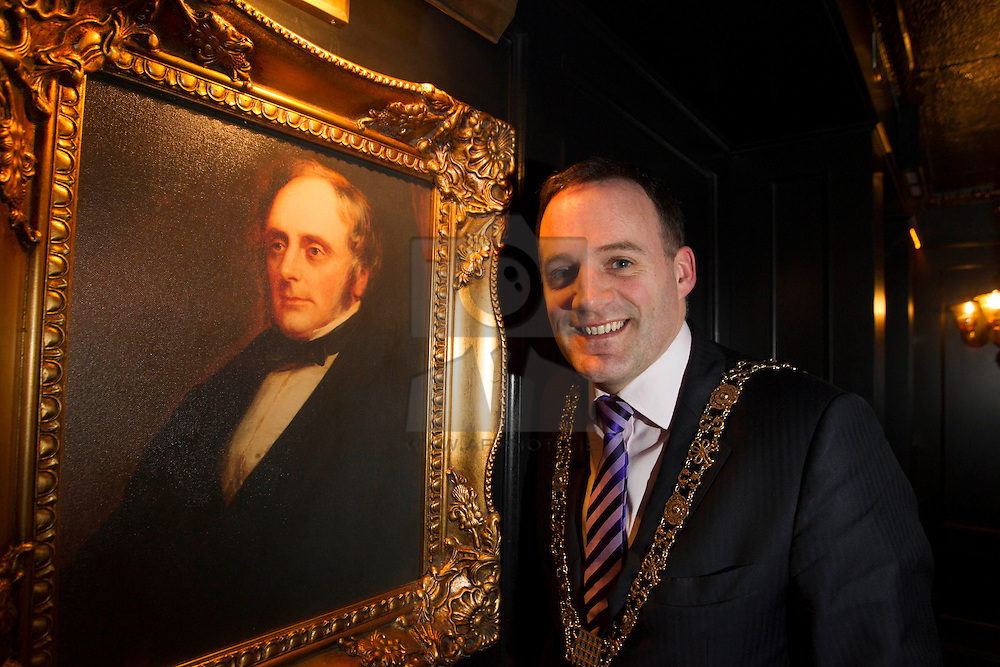